Sometimes You Get the Wrong Information 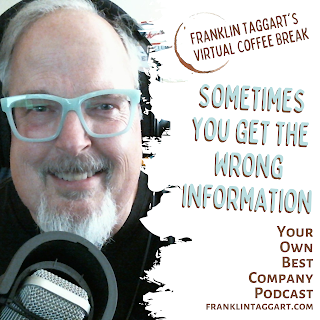 As a guitar teacher, students would bring copies of guitar music they'd found online, and most of the time, the music was wrong. I would have to take the music they'd found, listen to the recording, and make corrections for them so they wouldn't be forming bad habits.

People who heard them play couldn't discern when a song was incorrect. They thought it sounded a lot like the original. But as a teacher, I couldn't let them learn the incorrect way to play.

I have a coaching client who came to me with a pretty jaded view of coaches after spending $12000 for a program with a well-known coach and ended up being worse off than when she'd started. Even expensive coaching programs can get it wrong; there was no way she could have known this before she invested.

The best we can do is get as much information about things before we commit to them, whether guitar music or self-development. Not only do we want to find out if the source is credible, but we might also do well to find out how it works for people like us.

We can't know everything ahead of time, but we can fill in a lot of the blanks before making decisions we may regret later.