Coming to a Stop 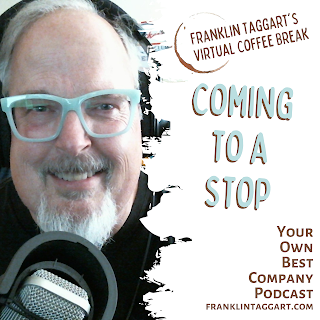 Today I found myself at home alone for almost four hours, a rarity. I had been kind of excited about it because I've been working on a new song and I had several tasks to catch up on, but I ended up taking the time completely off.

I read a Longmire book and played on the floor with our dog, allowing my mind some time without a specific focus or productive goal. I'd been feeling pretty stuck in the songwriting process, writing a lot of drafts but not reaching a level of satisfaction. And I had no motivation to catch up on the task list.

The wonderful result of this downtime was that my imagination started coming back online on its own steam later in the day, and I had several ideas for the song and other projects I wrote down to come back to tomorrow.

I've learned to recognize when I need downtime like this. It isn't frequent, but I see that I'm not getting the things done that I want, or the quality I desire isn't there. Those are the times when it's good to allow myself to come to a full stop. This is just as important to my creativity as the focused, productive times are.