What Role Do People See? 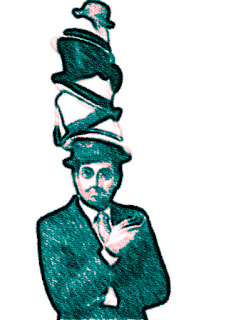 One challenge I see frequently for the clients I work with is that it's hard for people who already know them in another context to see them in a different way. It's almost easier to start building a new audience from scratch than to attempt to get people who already know you to see you in a new light. Sometimes we're passed over for opportunities that would be a great fit for us only because the person who's making the selections doesn't know us as a resource in that area. And sometimes we're left scratching our heads when another person is selected for an opportunity that we are more qualified for. It can be a huge frustration.

I think the place I see myself and many others have problems is that we assume people who already know us are aware of all that we do, when in fact that assumption isn't correct. The other parents at school don't know that I'm a coach and consultant. The selection committee for the big event coming up don't know that you're a competent speaker on the topic they're presenting. they only know you as the person who has volunteered for the conference for the past three years. Get the idea?

The most important thing to remember is that we ultimately have a responsibility for making our competencies known. In every area of our life, we can find ways to let people know how we want to be perceived. A lot of it just has to do with what we say in even the shortest passing conversations. If you've got an event coming up, carry handbills or tickets that you can give people, and invite them to learn more, or to attend the event. Let your circles know that you're available to speak on your favorite topics, and ask them to consider you to present to them. Small gestures like these done frequently will open people's eyes to what you'd like them to see.
assumptions audience building marketing opportunity perceptions roles