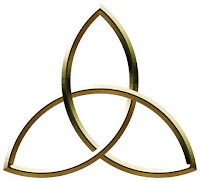 A friend asked me what I believe.
I had to think about that for awhile because over the past almost 20 years, I've not put a lot of stock in believing. I've been more inclined to let go of beliefs than hold onto them, and I can't say as I miss them. I spent a number of years learning how to articulate what I believed, mostly so that I could impress people with knowledge, and be seen as a leader in the evangelical circles I was a part of. It was a big game of approval seeking, both on a human scale and on the divine. Those beliefs have all been challenged to the core by life itself until I can say without irony that I don't believe in believing. That's one shade better than not believing in anything.
I'm not an atheist, but I'm not convinced that believing in God is necessary. It would seem that God is self evident. Believing or not doesn't make it real, it just is. And I'm not agnostic either. I don't need to wait and see. I don't really have faith either. I don't profess or confess any particular religion, and I don't think any one of the existing religions has a corner on the heavenly market.
It feels like belief is a layer or two apart from the actual experience of a life infused with divinity. Even simple observation separates. The only thing I can suggest that I'd say is a true statement of what I know is that each of us is a unique manifestation of formless being experiencing form.
Your mind is formless being. It has no boundaries or dimensions. It just is.
You are conscious of yourself being. This consciousness is both the witness and the participant in the play of life.
Thought is your experience of form. As you think, so you experience.
Formless Experiencing Form.
3 principles Beliefs Faith Formless Experiencing Form Franklin Taggart Single Paradigm Sydney Banks