Fixin' to Fix My Fixation 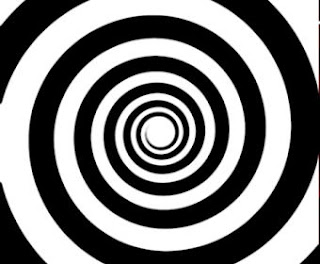 Yesterday when I was walking Vinnie, I realized that for the past several years I've been entranced by a fixation. This particular fixation is money. For at least the last 8 years I've been thinking about money, even when I haven't been thinking about money. Most of my waking hours are spent trying to figure out how to make more. It's the first thing I think about when I wake up, and the last thing on my mind as I go to sleep.
This isn't the first time I've been fixated on something. In my late 20s through 30s I was focused on love and sex. My thinking was that if I just had love, my life would be OK, and love was translated as lots of sex. So I had a lot of relationships. I think the longest lasted about six months. Most were one date or one night. There was a flip flop pattern that went on for the duration in which I'd either be fleeing from someone clinging to me, or clinging to someone who was fleeing from me. I read a ton of books on getting and keeping love, thinking that if I just knew the right things, and then said and did the right things, I'd finally have the love I wanted.
That fixation ended when I was 39. After going through a dozen really intense relationships over the course of a couple of years, I'd just gone through another break up with someone that I had really wanted to be with. That relationship never even really got started, but when it was final, I had had enough. Sitting next to the creek near where I lived, I said out loud that my quest for love had been fruitless, that love was not something I could truly find, and I was done trying to figure it out, and I was done looking for it.
In that moment something happened that I don't recall had ever happened before. My mind stopped. Full stop. That little voice in my head, and the accompanying constant electrical impulse switched off. It felt as if I'd been hit with a board. All of a sudden I was aware of the oneness of everything. I was gasping for breath, and I went home and slept like I hadn't slept in years. After that moment, my fixation on love was gone. Over the next few months I realized that I was much more conscious than before, and I was actually free to be in a relationship instead of trying to control a relationship. That liberation made it possible for me to really be with someone, and to respond instead of constantly reacting.
After seeing the fixation on money yesterday, I've been able to understand that's what's been going on. In my experience, fixations tend to push away the things that I'm fixated on. If I have money, it's never enough. If I don't have money, I have to struggle to get it. Today I feel more freedom around money, and my compulsion to figure it all out has been laid aside. I don't know how or where I'll find it, but I feel a deep sense of relief that the fixation has subsided.
My fixations are all rooted in insecurity. My insecurity is a habit of thought that I've had since childhood. What I've discovered about insecurity is that it can't be relieved from the outside. It's an inside job. Any relief that appears to come from the outside is temporary at best, and is still coming from thought. My insecurity is a thought/feeling that I'm not enough, or not good enough, or not worthy, or worthless. My fixations have been attempts to soothe that and fix it. Just like any other thought, that one can be allowed to pass in order for new thought to arise. When the fixation stops my mind clears, and I'm reconnected with my own innate well being.
3 principles Fixation Franklin Taggart Innate Well Being Sydney Banks Vinnie