Grieving Lost Possibilities, Finding My Feet, and Moving On

November 10, 2016
This is a long one. Interrupt your attention deficit and read the whole thing. Thanks.

In December 2003, my wife, Monica and I welcomed a baby girl, Sarah Grace. The months leading up to her birth were filled with excitement and anticipation. Both Monica and I were at an age where we thought we’d never be parents, so we were both surprised by the possibility, and we couldn’t wait for our baby to arrive.

The day she was born we were greeted with a reality we weren’t prepared for. Sarah was born with a chromosomal disorder called Trisomy 18, an extra chromosome on the 18th strand of DNA in every cell of her body that would make it more likely than not that she would die. Despite the challenges, she fought for every moment of life that she had.

The days in the hospital are kind of a distant blur now, but there were hours in the NICU spent with my hand through a hole in the incubator giving her as much human contact as the machine would allow. Signing a Do Not Resuscitate order so that the hospital could remove her tubes and wires to let her be held by those of us who loved her. And ultimately being allowed to take her home, albeit under the supervision and care of a hospice nurse. Given the worst possible outcome, this was the best we could hope for.

On the eighth day of her life I was carrying her in a sling over my shoulder, and I looked down to notice that her face was blue. She’d stopped breathing. We’d been told that apnea was a common malady that babies with Trisomy 18 face, so it wasn’t a surprise, but it didn’t diminish my terror. I was able to get her to breathe by massaging her chest, which was only a temporary relief because the apnea episodes kept happening, progressively with more severity and frequency.

For two days Monica and I and a couple of close friends took turns holding her and making her as comfortable as possible, massaging her chest as often as she would stop breathing. The hospice nurse administered morphine for her pain while she struggled to be with us. At about nine o’clock PM on her tenth day she passed away in Monica’s arms to the sound of soft chants that Monica and a couple of our yoga community members were singing.

We were devastated and exhausted. Buoyed for the next several months by the support of our families, friends and community, we grieved. And I remember that the majority of grief wasn’t over the loss of our daughter. The relationship had been shorter than most teenage romances. The deepest grief for me was over the loss of the future we’d hoped for. Hearing about the friends we’d made in our birthing class, and seeing pictures of their thriving children had the same effect as a drill boring a hole into my chest. Even now, almost 13 years later I still have a twinge when I see their children as living, growing human beings. The biggest loss was the possibility we’d hoped for and briefly tasted, which was quickly taken away.

That is how I’ve been feeling since yesterday morning upon hearing the election results. The future that I hoped for has been replaced by a promised future that I wouldn’t wish upon the vilest of enemies, and I am grieving. I recognize this feeling immediately. The numbness and shock giving way to fear and rage giving way to hoping for the inevitable to be erased, reversed, or at least interrupted.

As a parent of a preteen, I had hoped that affordable college options were going to become a reality. I was also hoping that more progress would be made on improving healthcare. I’d hoped that our reputation in other countries would have continued to improve with a commitment to real diplomacy and authentic leadership. And I’d hoped that our system of checks and balances would move back toward the center instead of teetering toward fascism. This appears to me, at least temporarily not to be.

The anticipated impact of this national decision on my life is that I will once again live without healthcare coverage. As a late middle aged man with an immune disease I will not be insurable. While not perfect, the Affordable Care Act did make me eligible for insurance despite my ongoing pre-existing condition. I suspect that if my health fails again that my only option will be to seek care and file bankruptcy yet again, further devastating my family’s financial future, and burdening the industry and taxpayers with my debt. The war machine will continue to proliferate which causes me concern for the future of my son, who I would prefer to see in a self directed creative life rather than being drafted to fight someone else's war.This is only a small aspect of what I believe will be lost. Many friends stand to lose much more.

I’m surrounded by a beloved, diverse circle of friends who have benefited from progressive policies that we have now been assured will soon be reversed. My gay friends who so recently celebrated a legal right to be married may have their marriages annulled against their will by those hell bent on tyranny. Their right to serve the country in the military may again revert to Don’t Ask, Don’t Tell or worse. My mother, wife and women friends whose right to make decisions for their own bodies, which in a free society should have never even been an issue, may have to reignite their fight for ground that they’ve already repeatedly fought for. My friends of color again face deeper discrimination supported by a government that is supposed to protect and insure their freedoms. My friends who have come from other nations and religions face surveillance and discrimination and threatened deportation, even though they are here legally. And the implicit license for my fellow citizens to unleash and justify their own bigotry and misogyny that has already reared its ugliness during the campaign is horrifying. This is not the future or reality that I ever wanted, for anyone.

So I grieve. I’ve grieved enough in my life to know that grief itself is the transition from life left behind to new life.  Beyond the promised regressive steps that we’ll face in the next few years what will we see? More of the same? That is up to us. There is a tendency toward resistance, but I wonder if resistance only energizes that which is resisted. Could that be how we arrived at the outcome we now face? What I really hope for now are a couple of things. We need to individually and together transcend our base of shame, fear, hatred and scarcity, and we need visionary leadership grounded in integrity, compassion, abundance, and goodwill.

I’ve experienced my own shadow of shame, fear, rage and hatred at different times, and I know that their primary feast was my own soul, and sense of well being and worth. I know that the only relief from my shadow has been the infilling of light from the love of friends, family and spiritual sources. If we fight this battle from the same energetic place from which it arises, it doesn’t matter who wins. We have to intentionally and continually choose to let more light into our being. We have to know that our circumstances don’t generate our feelings, but our mindset about our circumstances does. We have to know that there are infinite heights available for our individual and collective consciousness to attain, and we must commit to letting our own minds flood with images and words of kindness, gentleness, compassion, and peace that lift us up to these heights. And we cannot allow ourselves the slightest desire to go back down into the mired depths from which we’ve come. Freedom doesn’t come from governments, it comes from within.

The transcendence we need requires a new Enlightenment. The Enlightenment of the 18th Century was also called the age of reason. The fruits of that Enlightenment we’ve enjoyed and benefited from are a commitment to thoughtful discourse, vigorous intellectual development, and a focus on the scientific understanding of our world. With those as a foundation I imagine that the new Enlightenment could expand beyond reason to explore the invisible realms that influence the visible. Recent discoveries and theories in quantum physics, microbiology, and astronomy all point to the metaphysical reality that we, and the universe we inhabit are one interconnected, interdependent being, and that separation is at best a mentally constructed illusion. Whatever happens to a single cell impacts the whole being.  This exploration is the key to our transcending the lower levels of consciousness that drive shame, fear and hatred in order to move toward higher levels of courage, integrity and peace. I’m not proposing woo woo spiritual experience as the answer, though it may be a step in the right direction. We are ready for an understanding that integrates the material and spiritual in ways that put our past understandings and differences to rest for good.

To my creative friends and clients I emphasize that our challenge and opportunity remains what it always has been. We have work to do. We can invite and hasten the arrival of new thought and expanded consciousness, and all that results from it. Our work is transformative. We can inform, we can inspire, we can influence, we can motivate. Instead of resisting regressive tendencies, we can use our work as a mirror, to dissolve those tendencies and move together toward a higher good. Since yesterday I’ve been given the inspiration and the fire to move away songs of introspection and self expression toward new songs of healing, encouragement and inspiration for whoever listens. Please align your work with a higher purpose. Let’s get about the business of changing hearts and minds. Let’s move as we can from mourning to dancing.

After the numbness and exhaustion and deep disappointment of yesterday morning and afternoon I had an engagement to speak on community building to a group of artists who live at Artspace Loveland. In the talk I shared one of my favorite definitions of community that comes in the form of a question. Who are we together? I’ll leave you with that. I love you all recklessly and relentlessly.

Who are we together, Humanity? 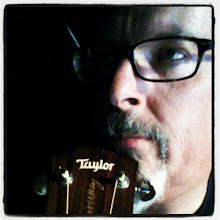