The Gift of Connection 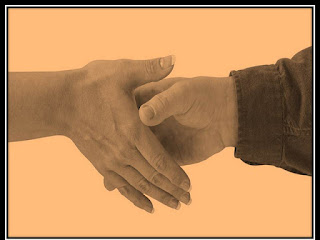 Yesterday I drove up to Laramie for a music party honoring the life of Mark Booth. I only met Mark a few times, all memorable, but this story is more about his son, Michael. I can't easily forget the day I met Michael Booth; mostly because it's a fairly typical experience for people who grew up in Wyoming.


Wyoming is more like a huge small town than it is a state. Sports teams travel as much as four or five hours to play rival teams. With a population of around 500,000, depending on the boom/bust cycles of the oil and mineral industries, there aren't many people per square foot, so everyone knows everyone, or at least they know the name.When I lived in the DC area I worked at the world famous House of Musical Traditions. They were kind enough to give me a job to get started with my life in a new area having just arrived from Nashville. One fall day I happened to randomly choose to wear my University of Wyoming sweatshirt to work. That same day happened to be the day that Michael Booth visited the store, saw my shirt, and with a fine level of enthusiasm asked me if I'd been a student there. I hadn't been, but everyone from Wyoming sports the Brown and Gold just because it's the only University in the whole place and most everyone has at least one family member who attended.Michael went on to tell me that he was from Laramie, and that his dad was a professor at UW. Unsurprisingly, we knew some people in common, and as I found was Michael's habit, he invited me to join he and some friends for a music party that night. For the uninitiated, a music party is a gathering of people who get together and sing songs and visit well into the wee hours. That night I was to meet several people who have become close friends; people who have added to my life's fabric of richness more than any other group. And it was all because I randomly wore my UW sweatshirt to work on the day that Michael came into the store.

If you've heard of the six degrees of separation, I want you to know that if you know Michael the number of degrees is reduced to one. He's never met an enemy. His presence is inviting and open, and immediately disarming. He's genuinely interested in knowing everyone he meets, and he rejoices in bringing people together. I'm pretty sure that the largest number of people I met while I lived in DC were a direct result of meeting Michael. Not surprisingly I've met a few even since I moved back to Colorado. He is a gifted connector.After meeting his dad those few times I suspect Michael comes by his connecting habit pretty honestly. Mark loved getting a group of people together to sing and visit, visit and sing. They both remind me a lot, in both spirit and stature, of Pete Seeger, who loved nothing more than connecting people through music. I'm lucky to have met all three, and especially lucky to count Michael among my friends.

Michael moved from DC a couple of years after we met, and I've only seen him a handful of times since, but like Johnny Appleseed, he's left an abundant source of spiritual nourishment in his wake through the communities that he helped to form. These circles have been the sources of support and encouragement to write and sing my own songs. They've been the people who drop me a line when I haven't been seen for awhile. They're the ones who showed up on the front porch with bags of groceries when death or illness crossed our path. And they're the ones who I mutually share with, celebrate with, laugh with and cry with; just because I met Michael. What a gift.

Community is the foundation and context for all human life. Creatives especially have a tendency to work in isolation. Part of this is necessary, but the necessity can be left behind for a pattern of avoidance that keeps people in severe isolation for long periods of time. This is ultimately detrimental in a number of ways. Our mental and physical health is negatively affected, making us prone to depression, anxiety, deprivation and illness. Community is also our primary resource for all that we need. It is the place where our contributions can make a necessary impact on people. It's the source of every opportunity we are looking for. We can create amazing things alone in isolation, but it's in community that we flourish.

My friend and former consulting partner, George Callendine picked up a wonderful definition of community somewhere in his travels that I particularly love. Community is knowing and being known, loving and being loved, serving and being served, celebrating and being celebrated. Michael Booth is a spectacular embodiment of this ideal.