Who Decides What's a Hit? 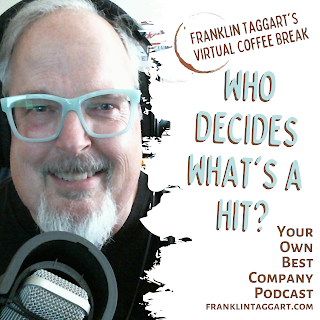 A few weeks ago I interviewed Michael Roderick, an impresario and media maker who I've grown to admire and appreciate. He sends out almost daily emails featuring his thinking on certain topics, and one of his recent messages really struck me. The title was Why a Lot of "Hits" Miss.

While we creators like to think we're making something everyone in the world will need and appreciate, the decision is not ours to make. Micheal correctly points out that the market is the decider about what will gain widespread attention, acceptance, and acclaim.

His encouragement is for the creators to engage in the hard work of iteration instead of toiling to determine what the market wants and then create for that. Sadly, that formula rarely produces anything except what has already been popular.

My encouragement is to pay more attention to your own resonance as a creator. Make the things that make you tingle, and then share them. I think the only aspect of the hitmaking process the creator has is how many people they share it with. Share it with thousands and it has a better shot. But they'll let you know.

Find Michael and subscribe to his emails at https://smallpondenterprises.com