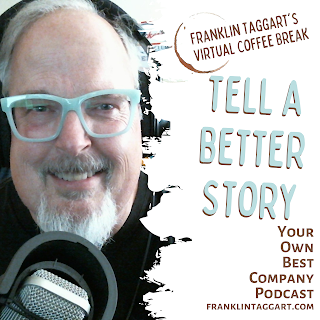 Life is a story you tell yourself. Don't like it? Tell a better story.

Considering I'm a Wyoming native, it's taken me long enough to find the Longmire series of novels by Craig Johnson. It's nothing crazy, but there were a few decades where I didn't read any fiction until I realized I was becoming a dull boy and signed up for Audible. God knows I don't have the patients to sit down and actually read for pleasure.

I recently read the Longmire book called the Western Star. The story was set on a train that was traveling from Cheyenne to Evanston, Wyoming, across the Southern part of the state where I spent many growing up years. The last time I saw my grandfather was in July of 1969 when he dropped my mom, my sisters, and me at the train station in Evanston to take the Union Pacific passenger service to Cheyenne, where my dad was working for the Summer. Gramps had worked on that railroad until retiring just a few years before.

Craig johnson's depiction of that part of Wyoming in the early 70s was eerie, especially the part about Evanston. My Great Aunt Lue owned a small hotel across Front Street from the depot, half a block away from the roundhouse described in the book. My uncle and parents all worked at the State Hospital, where some of the pivotal parts of the story happened. It was like someone else was telling a part of my story, and I was there.

Stories are central to our lives and how we connect with each other. Listen for more reflections on this theme, and please, tell a better story.