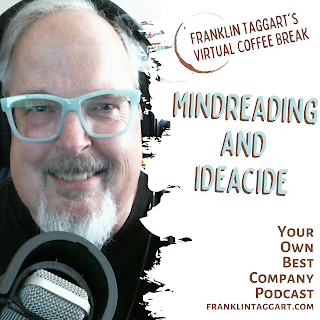 Some of us believe that we can turn our successes into formulas and that if we can just figure out what people want to see and hear, they'll want to consume the content we create. We study analytics to see any patterns of predictable behavior to replicate what has already been successful, only to find that we could release the exact same video on two different days and get two entirely different reactions.

Yet we keep looking for the magic formula - that one piece of virality that will push our visibility from obscurity to influencer overnight. We study trends and attempt to read the minds of potential content consumers, trying to know in advance what they will be in the mood for and then bending our creativity in that direction.

It seems that of those who have been successful, extremely few were overnight. The majority of people who have grown large audiences have been consistently releasing the best content they could muster, and the audience decided if it was interesting or not after the fact, not before.

That's one of the reasons I feel like ideacide, the practice of killing an idea before it's been thoroughly considered, is particularly heinous. I'm still naive enough to believe the wooism that inspiration is, in fact, divinely guided and that we're given ideas because someone, somewhere, needs them.

At a minimum, I think we need to honor ideas as they come to us by at least making a record of them. I think of all of the notebooks of history from DaVinci, Edison, Tesla, and other brilliant minds. They couldn't see all of those ideas to fruition while they were alive, but some of the concepts were brought to life by future generations as new possibilities were made possible by advancements in understanding and technology.

If you're inspired, set your judgment and fear of failure aside and do whatever you can with an idea as soon as it arrives. Write the outline, record the melody, find the rhyme, scrawl a sketch on an envelope - anything to capture it before it goes. And then come back to it when you have time to give it your full consideration. Someone, somewhere, is ready for the benefit your inspiration will deliver. You have to believe it.