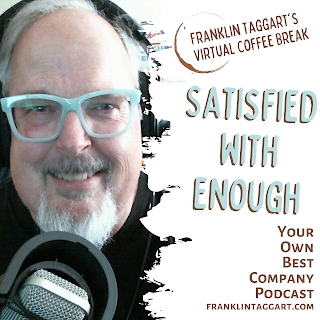 In a recent conversation with a friend, she asked what I did to build my audience. I asked her where her curiosity about that question stemmed from. She talked about recent events she's applied to be a speaker or presenter for and how much importance was placed, not on her topic or her expertise, but on the size of her audience. While she has a respectable number of loyal followers, a large percentage who engage with her social media efforts and open her emails, it wasn't enough to satisfy the event hosts. The only metric that meant anything to them was her list size. They passed on having her present - in my mind, a huge loss for them.

In answer to her question, I offered that I was fanatical about building my mailing list for the first several years of my coaching and my online businesses. I spent significant time every day strategically creating and posting content in front of new eyes, doing anything I could to get subscribers. And I got subscribers. But in the process, I got more unsubscribed than subscribers. I ended up with a much smaller list than I'd hoped, but the quality of relationships with my list is extremely high.

For the past few years, I've run my business and built my list the same way - through referrals. Satisfied people share their satisfaction with others, and new people find me that way. So the focus isn't on building a list anymore. It's on delivering satisfaction. Additionally, I've discovered that my own level of satisfaction is higher with a smaller list than it ever was with a larger one.

I've seen my commitment to posting a new video every day this year through almost eight months and have seen my view counts go much higher than before, and my subscription rates have not followed. I could spend a lot of time analyzing this and trying to figure out why the subs aren't happening, but subs weren't my motivation for this goal. The goal was just to challenge myself to do something every day for an entire year. If I have the same number of subs when the year is over, that's all good. What I have is enough.

Enough to keep talking. Enough to keep recording. Enough to keep posting... Just enough. And I believe that if someone needs to find something I've said, they'll find it at the right time. That's not up to me, and I'd rather spend my time on other things than trying to orchestrate people discovering me. That feels like a ticket to crazy.

To people like my friend - I understand your discouragement. The people fetishizing your list's size are misguided, and they're missing out on the hundreds of people who will open your emails because they trust you. They would do better to ask you what your open rates and engagement stats are. Those are more telling than the number of people on your list. Your people will show up when you invite them because they are more than a number to you.