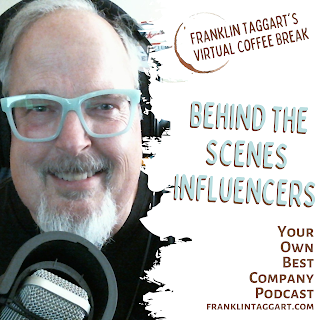 In a conversation with a client earlier this week, we talked about her being an influencer. She was surprised I would use that word to describe her because she tends to shun the spotlight, and she's not someone who feels much like anyone pays attention to her.

Those who show up and serve behind the scenes without notoriety or recognition are just as influential as those onstage getting paid the big bucks. Those in front of the audience would have nothing without those behind the service doors.

I have more to say in the Coffee Break, but I think behind-the-scenes strategies can work well, if not better, than the plans that have us seeking the spotlight. Get in touch if you'd like to know more.