When Your Best Efforts Fail 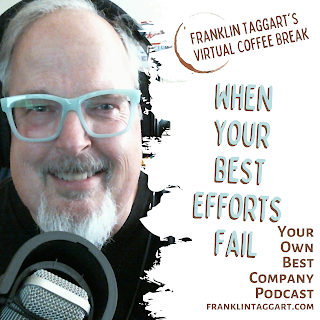 You have to try things in order to learn. Sometimes the things you try turn out as well or better than you'd hoped, sometimes they fall short. In this Coffee Break, Franklin shares some thoughts about things he's learned about failure.

The successful software developer whose sophomore product tanked after nearly three years' investment of time and money. The well-known motivational coach and speaker who faced the pain of bankruptcy and a broken marriage. And Franklin's own story of changing course when his best songwriting efforts landed him a job as a carpet installer in a Nashville motel.