The Journey of Making a Music Album - Jillian Lee Antinora 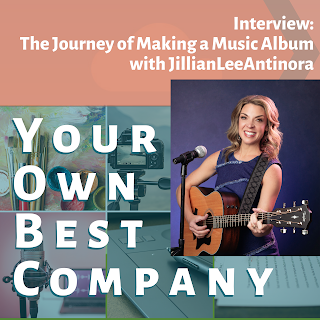 While raising six children and running several businesses, Jillian Lee Antinora started to explore what she wanted for herself. Something of her own that wasn’t tied to family or business. With some time to reflect she began envisioning herself playing music on stage with a guitar. The only thing was, she didn’t play guitar. She signed up for lessons and that was the beginning of realizing her musical vision.

In this interview, she tells us how she took each step in the succession from seeing herself onstage to learning guitar,  writing her own songs,  finding sources of encouragement and direction, and ultimately recording her first album, Make My Day. She also reveals how her positive mindset comes into play as she makes her commitment to make her vision a reality.

More information about Jillian can be found at https://jillianleeantinroamusic.com

Find Your Way Around